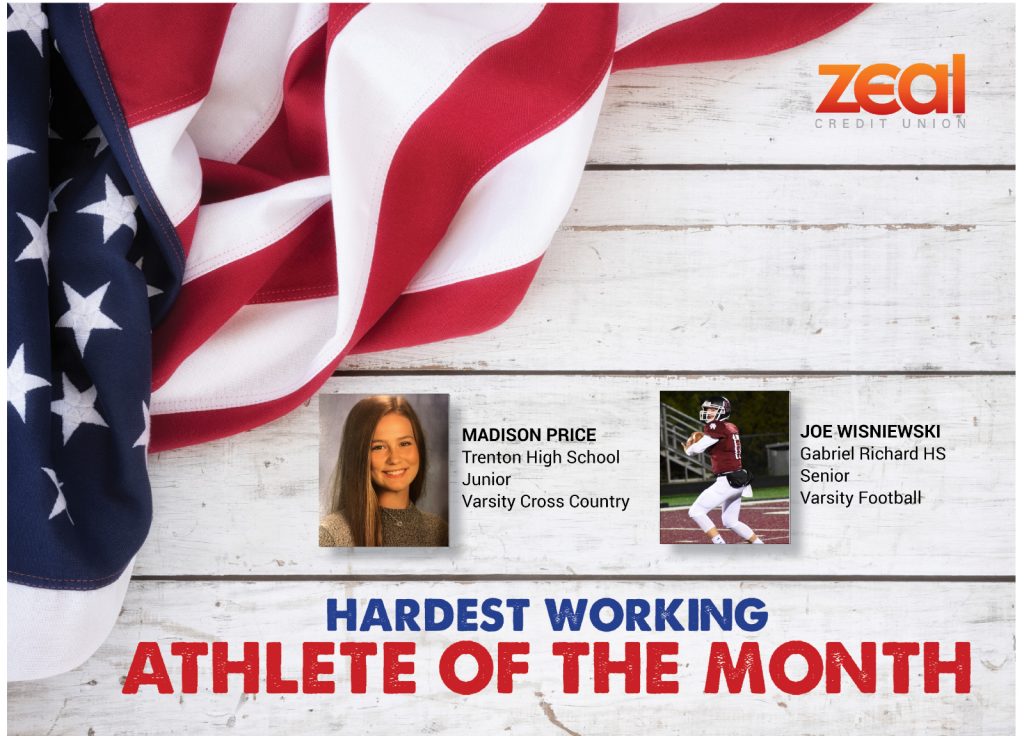 It’s time to recognize the Zeal Credit Union September Athletes of the Month!

Madison has recently shattered the 5k school record with an 18 minute and 50 second performance at the Wayne County Invitational where also was the top Division 2 runner by over a minute! Last weekend Madison won the Downriver Gabriel Richard Invite which recognizes the top runners in the area. Madison is currently the #17 senior in the entire state of Michigan.

Joe has proven a leader on the field this season, including going 5-for-7 passing for 96 yards and two touchdowns vs. Lutheran North, and threw for three touchdowns vs. Gross Pointe Liggett.

Do you have an athlete that should be nominated for next month’s Athlete of the Month contest? Submit your nomination to your athletic department or administrator directly.

And be sure to vote for the October Athlete of the Month, being posted on carlsonathletics.com in the next couple weeks!