It’s time to recognize the November Zeal Credit Union Athletes of the month! Congratulations to Zachary Mingo of Advanced Tech Academy and Angela Cabalang of Gabriel Richard High School! Zachary and Angela will be receiving a pair of wireless bluetooth speakers and winners certificate courtesy of Zeal Credit Union. 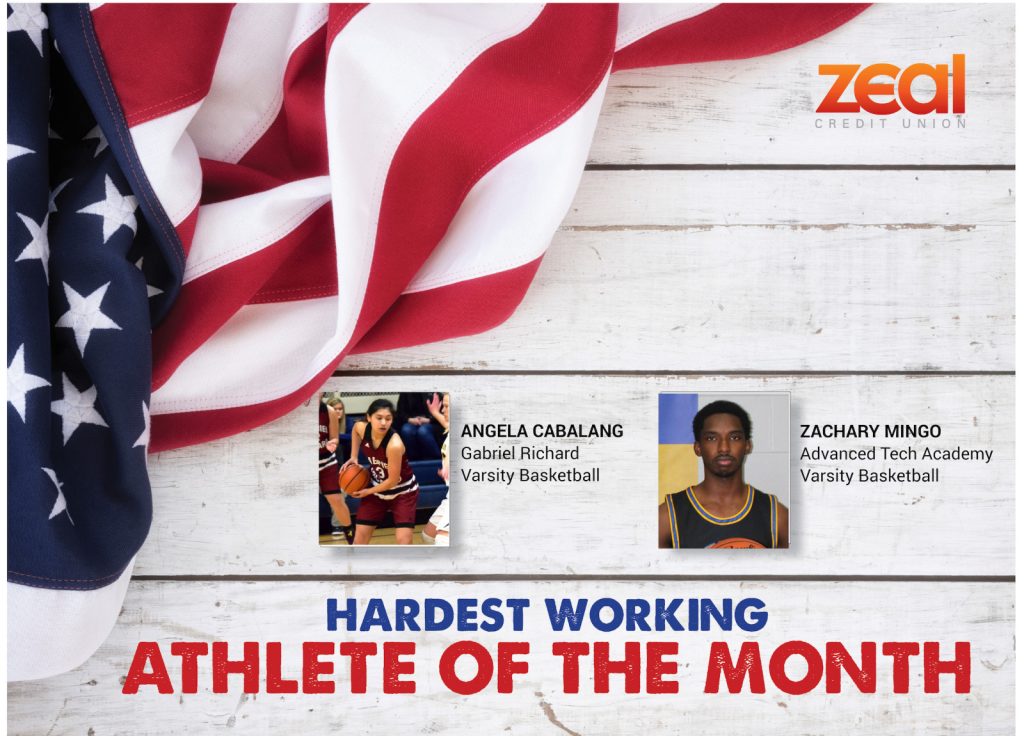 If you voted in this month’s contest, you could win a $100 gift card courtesy of Zeal Credit Union. The winner will be announced in the next couple of weeks and will be notified via email. Check out Zeal CU on Facebook and Twitter! #ZealTheLove

Angela Cabalang – Gabriel Richard – Basketball
Angela has had a great start to the season. Versus Gross Ile, where she finished with a game-high 15 points, including three triples.

Zachary Mingo – Advanced Tech – Football/Basketball/Track
Zach is the ideal student athlete. He is a positive role model and a quiet leader for our entire student body. He was a captain and the starting quarterback for our first ever varsity football team and is a captain and starting guard on our basketball team. Zach also is a valuable member of our track and field team.

Female:
Julia Shroat – Redford Union – Bowling
Julia is a consistently strong player for the Panthers. She bowled a 170 versus Romulus High School last week, leading the team to a 16-14 victory.

Jeannette Carter – Trenton – Bowling
Captain Jeannette Carter is having an impressive start to the season for the Lady Trojans. Most recently, she helped lead the team to a win over O.A. Carlson.

Male:
Ahmeer Cossom – Redford Union – Basketball
Senior Ahmeer Cossom is playing well this season. He helped lead the team to a win over Fordson with 8 points and 14 rebounds.

Austin Harrison – Gabriel Richard – Hockey
Austin’ is off to a fantastic season, including scoring a Hat Trick vs. Woodhaven.

Omar Almadani – Edsel Ford – Wrestling
Omar is off to a great start to the Thunderbirds’ season. In the Ypsilanti Invitational, Almadani won his weight class and was “Most Oustanding Wrestling” for lower weights by all the coaches.